IP & Abuse of Dominance:
Compulsory Licensing
IP & Abuse of Dominance: Compulsory Licensing
 When does Article 102 override the exclusive right conferred by
 Volvo-Veng (1988): Generally not, but …
 Magill (1991): Yes, exceptionally, if refusal blocks consumer access to
a specific new product
 The BBC would not deliver a multi-channel TV guide and used copyright to  IMS (2004): Yes, if four conditions are met:
 indispensable, absolute, not just desirable;  new product, consumer demand not met;  no objective justification;  elimination of all competition  Microsoft (2007): Yes, if it would help develop new products?
Intellectual Property and Competition in a Globalised Economy Microsoft Judgment of 2007 (1)
 Nature of Sun’s request
 Endowing Microsoft’s competitors with the capacity to participate perfectly in a
Windows server network as a full member of the family, not as an outsider
 Microsoft had to undertake laborious and costly research to document the way
its software interacts and licence the results of this research (specifications) to
its competitors
 When must a dominant company license its IP?
 Ensure viable competition, not just weak competition
 Simply surviving in the market does not suffice: must ensure viability  Elimination of effective / viable competition in absence of license
 Substantial market share of competing products did not exclude Microsoft’s possible duty to  Foresight: applies even if elimination of competition may be some years ahead (damage to Intellectual Property and Competition in a Globalised Economy Microsoft Judgment of 2007 (2)
 Absence of objective justification
 Unclear what would suffice as justification, since secrecy and effort
are rejected
 Licence may promote technical development (not the emergence
of a specific new product)
 No guidance as to what would qualify as “technical development”
 Aimed at a rival seeking a license to produce the same product as the
dominant player but simply adding an additional feature
 Process rather than product approach: no specific new product needs
to be identified
 Difficult to see the limiting principles
Intellectual Property and Competition in a Globalised Economy 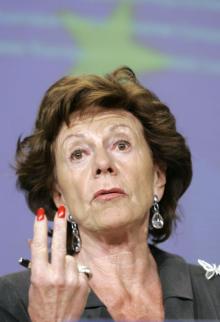 Pharmaceutical Sector Inquiry - Background
 Launched on 15 January 2008
 Numerous questionnaires sent
to stakeholders (originators,
generics, marketing
authorisation authorities,
parallel traders, wholesalers
and national competition
authorities): millions of items in
response
 Preliminary report published
on 28 November 2008 and Final
Report published on 8 July
2009
Something 'rotten' in EU pharmaceutical sector… Intellectual Property and Competition in a Globalised Economy Pharmaceutical Sector Inquiry – Main Issues
 Conduct of pharmaceutical companies
 The European Commission believes that competition in the
pharmaceutical sector is imperfect
 Delays in generic entry, including because of:
 Patent litigation, notably when based on secondary patents
 Patent settlement agreements
 Decline in number of new medicines reaching market
 “Defensive patenting”
 Skepticism about the utility of patents
Intellectual Property and Competition in a Globalised Economy Pharmaceutical Sector Inquiry – Implications (1)
 Both agreements and abuse of dominance are at stake
 Patent settlement agreements will be the biggest issue going forward as
Article 101 TFEU applies to all companies
 1st Monitoring Exercise (January 2010): companies had to provide the
Commission with all settlement agreements concluded between July 2008 and
December 2009
 2nd Monitoring Exercise (January 2011): Commission asks for all settlements
concluded in 2010
 Still unclear what the Commission’s position is…
 Critique
 Settling litigation is normally a positive step; judges are unpredictable
 A situation where the generic enters market prior to patent expiry may be
viewed differently from a situation where the generic exits the market
 US concerns about patent settlements do not easily translate to Europe given
regulatory differences (no Hatch-Waxman in EU)
Intellectual Property and Competition in a Globalised Economy 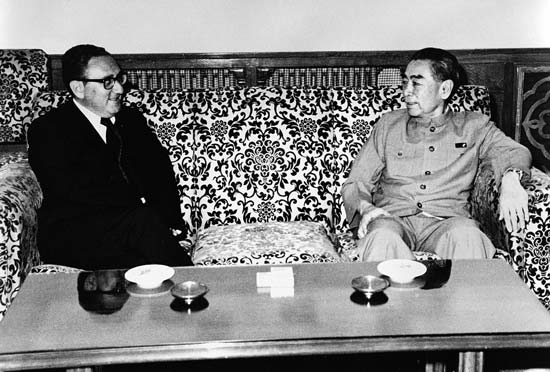 Pharmaceutical Sector Inquiry – Implications (2)
 When asked in the early 1970s by Henry Kissinger about the impact of
French Revolution, Zhou Enlai, then Premier of China, responded “it is
too soon to say.”
 The same can be said about the impact of an inquiry on the European
pharmaceutical industry: so far there has been a large amount of stress
and debate, but not much new policy
Intellectual Property and Competition in a Globalised Economy Pharmaceutical Sector Inquiry – Implications (3)
 Guidance might emerge in a number of pending cases:
 Boehringer (COPD) – formal proceedings opened on 29 March 2007
 Servier (perindopril) – formal proceedings opened on 8 July 2009
 Investigation into generic practices in France – dawn raids conducted
on 6 October 2009
 Lundbeck (citalopram) – formal proceedings opened on 7 January
 Nexium (esomeprazole) – dawn raids in several Member States on 30
November 2010
Intellectual Property and Competition in a Globalised Economy AstraZeneca – Commission Decision (2005)
 Commission’s theory: AstraZeneca abused dominant position by
blocking or delaying market access for generic versions and
preventing parallel imports of Losec (omeprazole)
 Two abuses:
 AstraZeneca provided misleading information to national patent
offices and courts; and
 AstraZeneca misused regulatory procedures by selectively de-
registering marketing authorisations (MAs)
Intellectual Property and Competition in a Globalised Economy AstraZeneca – General Court (2010)
Commission Decision largely upheld
Lack of transparency:
AZ had to disclose all relevant facts and any underlying legal interpretation
Had AZ been transparent about its particular interpretation of SPC Regulation
and/or requested a rectification, its conduct may not have been abusive
Intent is not a necessary condition for abuse, nor sufficient to establish
an abuse
Abuse as objective concept
Legal standard: AZ “could not reasonably be unaware”
“Good faith” no objective justification unless pro-active transparency
Conduct still classified as anti-competitive even when such conduct is
remedied prior to having an effect (or effect occurs only after
dominance)
Intellectual Property and Competition in a Globalised Economy

IP & Abuse of dominance:
Standards
Standard setting agreements – Rambus controversy
 Inventors of the asynchronous DRAM
 Discussion in JEDEC among manufacturers of DRAMs whether to incorporate this
new technology in industry standard for the DRAM
 Was there a duty to disclose status of patent applications?
 “Patent ambush”.
 Complainants asserted that Rambus had in 1991 to 1994 intentionally concealed that it had
patents and patent applications which were relevant to technology used in the JEDEC
standard, and subsequently claimed royalties for those patents; Rambus claimed that its
technology had been hijacked by JEDEC members
 When industry members negotiate standards, each is likely to seek its own
advantages rather than “higher” industry benefits
 Desire for clarity to disclose as to what is obligatory
 Settled in 2009, following Rambus' commitment to offer licences with maximum royalty rates
for certain memory types and memory controllers in the future
Intellectual Property and Competition in a Globalised Economy Standard setting agreements
Horizontal Guidelines (1)
Criteria under which the Commission will not take issue with a
standard-setting agreement (“safe harbour”):
unrestricted participation for all competitors in the markets affected by the
standard setting;
transparency of the standard-setting procedures;
effective access to the standard on fair, reasonable and non-discriminatory
(“FRAND”) terms; and
a clear and balanced intellectual property rights (“IPR”) policy.
Individual assessment of agreements outside the safe-harbour
(“effects-based” features):
Freedom to develop alternative standards and products
Access to the standard
Market shares of the goods and services based on the standard
Discrimination against any participating or potential members
Sufficiently transparent disclosure of IPRs
Intellectual Property and Competition in a Globalised Economy Standard setting agreements
Horizontal Guidelines (2)
 Standardisation agreements may only be caught under Article
101(1) TFEU if the parties involved have market power
 The Guidelines are an improvement on the position taken by the
Commission in early stages of the Rambus case
 The Guidelines are still very prescriptive and not practical in
every specific instance
 Many arrangements not covered by the Guidelines can
nonetheless be justified as procompetitive
Intellectual Property and Competition in a Globalised Economy entities compliant with regulations regarding the practice of law in the countries and jurisdictions in which we have offices.

Animal Rights in Essence: Non-Violence Essentially, ahimsa is a principle which means non-violence. It is reflected in modern animal rights theories, although not always by name. Ahimsa is more than 5,000 years old, originating in Jainism, a religion of India. Virtually none of us wishes to suffer significant mental or physical harms. Reason, though, requires consistency. If someone har

Storage and administration of medicines policyWe see all children’s health and wellbeing needs as the highest priority and will always take the necessary steps to prevent the spread of infection (see illness policy). When dealing with any medication Abbey Mill Childcare will always follow the strictest guidelines. ONLY medicine which have prescribed by a doctor or pharmacy this includes Parace