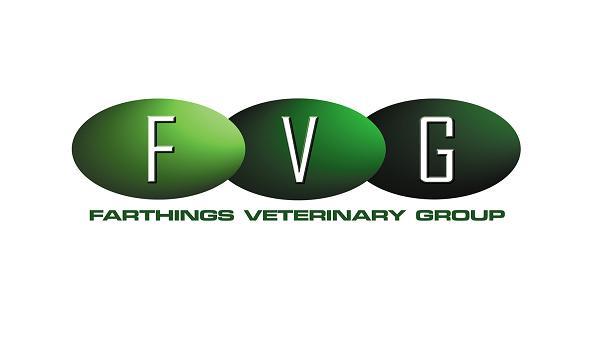 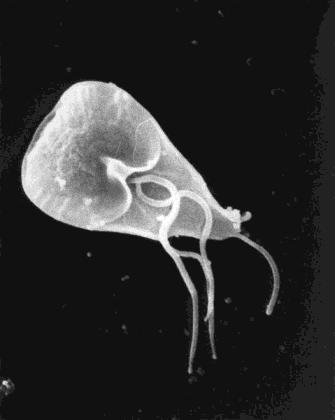 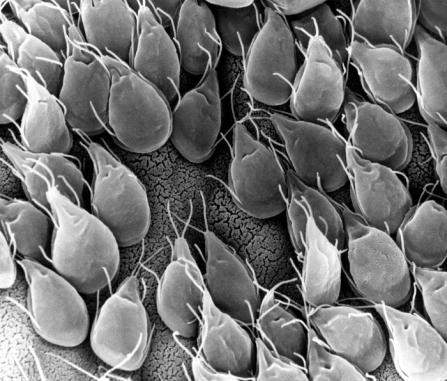 Giardiasis is an intestinal infection caused by members of the Giardia family, a type of protozoal
parasite. It is a frequent cause of diarrhoea in dogs and cats, especially puppies and kittens, and can
also affect humans.
What are the symptoms?

Giardiasis most frequently causes diarrhoea, inappetance, lethargy and
weight loss. Vomiting is occasionally seen. Older animals can usually
cope with these symptoms. However, the resulting dehydration in very
young animals or those suffering from other illnesses can be severe and
in some cases hospitalisation and fluid therapy may be required.
Giardiasis can occur alongside other causes of diarrhoea in cats and
dogs, including Salmonella and Campylobacter.
How does the infection arise?

Giardia is a highly infectious organism that is readily passed between animals. It can also survive in the environment, meaning direct contact between infected animals is not always necessary. The organism is shed in the faeces of infected animals, thus spreading the infection. Water courses can also become
contaminated. Spread occurs faster in unhygienic, overcrowded or humid conditions.
Some types of Giardia affect only one species, while others may be found in dogs or cats.
How is the condition diagnosed?
Giardiasis is usually diagnosed using a faecal sample; either by direct visualisation of the organism in
the faeces or via a special test to detect evidence of infection. It is often shed only intermittently; you
may be asked to collect a ‘pooled’ faecal sample over a few days to ensure that a correct diagnosis is
made.
It is not uncommon to find multiple different organisms (e.g. bacteria) contributing to your pet’s
symptoms; this may require more than one course of treatment.
How is Giardiasis treated?
While there is no licensed treatment for Giardia in cats or dogs,
treatment with either an anti-parasitic drug (‘Panacur’) or an
antibiotic (Metronidazole) is usually effective. High doses may
be required for up to a week in order to ensure the infection is
eliminated.
We will often recommend additional supportive care (anti-
diarrhoeal medication, such as probiotics, and a bland diet) in
addition to treating the underlying cause of your pet’s
symptoms.
A scanning electron micrograph (SEM) of severe Giardia intestinal infection In some cases the pet is sufficiently ill to require hospitalisation and fluid therapy. Severe infections can cause deterioration in a puppy or kitten in a very short period of time (less than 24 hours). Please contact us immediately if you think your pet may be suffering from
Giardiasis or a related condition.

Is there a risk to humans?
Yes. While not all types of Giardia are transmissible to humans a risk of contracting disease does
exist. The symptoms in humans are similar to those in your pet: persistent diarrhoea, malaise,
reduced appetite and (rarely) vomiting. It is generally self-limiting in healthy people (especially adults)
but children, the elderly and immunocompromised people are at risk of more severe disease. We
recommend you contact your GP if you suspect you may have caught an infection from your pet or, if
immunocompromised, in the absence of symptoms if your pet has been diagnosed with Giardiasis.
Prevention of transmission to humans is achieved by strict hygiene following contact with your pet;
particularly before preparing food. Care should always be taken when clearing up faecal material,
especially where diarrhoea is present. Most household cleaners are effective at removing Giardia
from the environment.