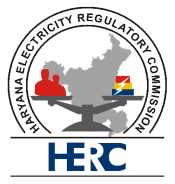 BEFORE THE ELECTRICITY OMBUDSMAN, HARYANA
Haryana Electricity Regulatory Commission
Bays No. 33 - 36, Sector – 4, Panchkula-134109
Telephone No. 0172-2572299 ; Fax No. 0172-2572359
Website: - herc.nic.in E-
Appeal No. : 06/2013
Received on: 01.04.2013
Registered on: 01.04.2013
Date of hearing: 22.04.2013
Date of Order: 23.04.2013
In the matter of:-
Appeal against the order passed by CGRF, UHBVNL, Panchkula in Case
No. 674/12 dated 26.02.2013 regarding wrong billing.
Smt. Raj Kumari w/o Sh. Om Parkash Gulati, Mineral Water Shop, Near Sangam
Palace, Kaithal-136027.
Appellant /Complainant
Respondents/Opposite Party
Er. A.K. Jain, Electricity Ombudsman
Present on behalf of appellant:
Sh. U.S. Mittal authorised attorney of Smt. Raj Rani
Present on behalf of respondents:
1. Sh. Naresh Kumar Dhillon, SDO Op Sub Division No. 1,
UHBVNL, Kaithal
An appeal has been filed by Smt. Raj Kumari W/o. Sh. Om Parkash Gulati, Kaithal against the orders of CGRF, UHBVNL, Panchkula dated 26.02.2013. Appellant has stated in the appeal that due opportunity was not given to her before CGRF to present her case and her original complaint was registered very late by CGRF as well as the copy of the orders were sent very late due to which she could not file the present appeal in time. The brief facts of the case are as under: That Smt. Raj Kumari appellant has an electric connection bearing A/c. No. KC-17 /1321 under ‘Op’ Sub Division No.-1, UHBVNL, Kaithal. That in September 2012, the appellant received a bill for 548 units amounting to `. 3452/-. In the appeal it has been stated that during March, 2012 consumption was 15 units, in May, 2012 consumption is 161 units and in July, 2012 consumption is 97 units only. For all these three consumptions bill on MMC basis has been raised as the consumption was very low. The appellant has alleged that the meter readings corresponding to bills of March, May and July have been recorded wrongly by the respondents and accumulated reading of 548 units during September 2012 has been shown. Appellant has sort relief by way of apportionment of `.3452/- billed in September 2012 during the previous three billing cycles. Appellant has further requested for payment of interest on the security deposit for the years FY 2010, FY 2011 and FY 2012. Appellant has demanded `.10,000/- as cost of appeal. Appellant has further demanded `.5,000/- as compensation for miseries, blemishes and whims. Appellant has further requested for any other relief considered fit by the Hon’ble Commission. The respondent SDO has submitted his reply with the following submissions: That CGRF has duly considered appellant’s case before passing the orders. That the appellant was invited to present her case twice before the CGRF but she failed to appear on both the occasions. That the original complaint was duly registered and copy of the orders were sent to the appellant in time. While defending the billing done by the respondents, it has been stated that the bill of `. 3452/- has been raised as per the actual consumption whereas the charging on MMC basis during previous three billing cycles has been done correctly on MMC basis as the consumption recorded was low. Most importantly the respondent claimed that CGRF has not made any error in pronouncing the orders dated 26.02.2013 because at that time the complainant has already filed an application under Section 22 C of Legal Services Authority Act, 1987 on the same issues as that of present appeal. Complaint No. 68/2012 was pending before the Permanent Lok Adalat, Ambala Division Camp Kaithal. The respondent SDO submitted that as the case in the Lok Adalat was pending at the time of filing the appeal in the court of Electricity Ombudsman also as such, appeal is not maintainable. Respondent SDO produced a copy of the order dated 16.04.2013 of Permanent Lok Adalat confirming that case was instituted by the appellant in the Permanent Lok Adalat on 16.03.2012 and the same was dismissed on 05.04.2013 as withdrawn. That the interest on security deposited by the appellant is not payable till permanent disconnection. After hearing both the parties, going through the documents available on the record and the arguments held, following observations have been made: a) CGRF has rightly rejected the complaint in its order dated 26.02.2013 as the case was already pending in the Permanent Lok Adalat. b) The present appeal is not maintainable in the court of Electricity Ombudsman also as the appellant has given incorrect statement on oath through an affidavit that the case is not pending in any other Court or Fora. c) The appellant has already withdrawn her case from the Permanent Lok Adalat and requested for allowing above mentioned reliefs. d) The consumption recorded for the month of September 2012 as 548 units is accumulated reading for the last three billing cycles during which the appellant has been unnecessarily overcharged on MMC basis. e) The respondents could not produce any instructions of the respondent department/HERC that payment of interest on security deposit can be made only in case of permanently disconnected connections. Keeping in view the above and to redress the long pending grievance of the appellant i) The consumption 548 units during September 2012 may be apportioned for the bills for March, May & July 2012 and the accounts be overhauled by the respondents. ii) The respondents are directed to pay interest on security deposited by the appellant as per prevailing instructions of the UHBVNL. iii) Prayer for payments of `.10, 000/- towards cost of appeal is dismissed and both the iv) No compensation of any nature to the appellant allowed. Both the parties to bear their own costs. The file may be consigned to record. Given under my hand on this day 23rd April, 2013.