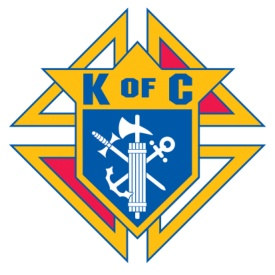 St. Malachy Council 12540
Melinda Gates—All that Money and This is the Best You Can Come Up With? Melinda Gates and her partners, including the
British government and the world’s largest abortion providers, have launched a $4 billion campaign to push birth control on poor
women in Africa, Asia and Latin America. She claims that the key to reducing poverty is to flood the developing world with
contraceptives and abortifacients. A cornerstone of this effort is the development of a new injectable contraceptive that would be
analogous to the currently available Depo-Provera. Unlike Depo-Provera, which requires an intramuscular injection and must be
administered by a medical professional, this new form is a self-administered subcutaneous injection. Mrs. Gates hopes that her efforts
will bring contraception to at least an additional 120 million women worldwide, with the primary focus being in sub-Saharan Africa
and South Asia. But her “solution” will:
Result in the death of countless newly conceived children; In all probability double the transmission rates of HIV; Certainly increase the risks for breast cancer; Increase the already-significant risk for blood clots and strokes associated with progestin-only contraceptives. So why would the Gates Foundation advocate such a medically risky solution to the poverty of developing countries? The strategy
overview offered by the Bill & Melinda Gates Foundation provides some insight into their motivation: By 2050, the global population
is expected to grow to over 9 billion people, an increase of more than 50 percent over 2005 levels. This growth will only exacerbate
the current health inequities for women and children, put pressure on social services and resources, and contribute significantly to the
global burden of disease, environmental degradation, poverty, and conflict. Family planning is one of the best investments a country
can make in its future. Concerns about overpopulation lead to efforts to limit the fertility of those deemed “undesirable.” Planned
Parenthood founder Margaret Sanger pushed contraception on African-American communities to limit their growth. Likewise, the
Gates Foundation sees contraception as a way to limit the population of the impoverished people of Africa and Asia.
Now the Rubber Meets the Road on the HHS Mandate: The Newland family of Colorado founded Hercules Industries, a HVAC
business, in 1962 and has maintained it as a family-owned business ever since—growing it to the point where they now employ 265
people. The Newlands currently run a self-insurance plan, providing their employees with generous health-care coverage that is
consistent with the teachings of their Catholic faith in that it does not cover sterilizations, contraception and abortifacient drugs. Now
the Newlands have been forced to file a lawsuit challenging the HHS Mandate requiring their health plan to cover—without cost-
sharing—sterilizations and all Food-and-Drug Administration approved contraceptives, including those that induce abortions. Their
lawsuit reads in part, “The Newlands sincerely believe that the Catholic faith does not allow them to violate Catholic religious and
moral teachings in their decisions operating Hercules Industries. They believe that according to the Catholic faith their operation of
Hercules must be guided by ethical social principles and Catholic religious and moral teachings, that the adherence of their business
practice according to such Catholic ethics and religious and moral teachings is a genuine calling from God, that their Catholic faith
prohibits them to sever their religious beliefs from their daily business practice, and that their Catholic faith requires them to
integrate the gifts of the spiritual life, the virtues, morals, and ethical social principles of Catholic teaching into their life and work.”

How did the Obama Administration respond? By giving the Newlands what amounted to an ultimatum: Give up your religion or give up your business. The Justice Dept. argued that if the Newlands’ Roman Catholic faith prevented them from
following the Obama Administration’s command to obey the HHS Mandate, the Newlands could simply give up their business
entirely. The Justice Dept. further argued that people owning for-profit secular businesses do not have a First Amendment right to the
free exercise in the way they conduct their businesses—particularly if their business is incorporated. If the government should prevail
in this lawsuit, a business like the Newlands’, with 265 employees, would need to pay the government $26,500 per day if they decided
not to comply with the mandate and insured their employees anyway.
Catholics For Romney: I will be the first to admit that I have significant reservations with Mitt Romney. If you understand the
Mormon faith, especially as it relates to when life begins and its resultant position on abortion, there are obviously questions which
this candidate must definitively answer. However, the attached letter endorsing the candidacy of Mr. Romney was drafted by six
former U.S. Ambassadors to the Vatican, each of whom has led a life of extraordinary public service and possesses unquestionable
loyalty to the Magisterium of the Catholic Church. Most telling, this group includes Republicans, Democrats and Independents. I
offer the letter for your review.
“True shepherds give their lives to those who have been entrusted to them. They do not live for themselves. Marriage and
consecrated life are essentially vocations to shepherd others….Parents who are home with their children; parents who have
dinner with their children each night as a family; parents who review every book, every television program and every CD;
parents who are dedicated to really parenting their children are true shepherds in their homes.”
Father James Farfaglia, July 22, 2012
Fellow Catholics,
We are all called to advance the moral teachings of Christianity in the life of our country. Where the stakes are highest - in the defense of life, liberty, and human dignity - we have a duty to act that is greater and more urgent than allegiance to any political party. In the election of 2012, this conviction has united all of us - each a former ambassador of the United States to the Holy See - in support of Governor Mitt Romney's candidacy for president. Whatever issues might dominate the presidential campaign from now until November, our concerns lie with fundamental rights, beginning with religious liberty. While the current administration has brought our first freedom under direct assault by imposing government mandates that completely disregard religious conscience, Governor Romney believes that freedom to live one's faith is essential to liberty and human fulfillment. And he has pledged himself to removing those federal mandates immediately. While the current administration has now put its weight on the side of those who propose to redefine the meaning of marriage itself, Governor Romney has stood firm in defending this sacred institution. In the White House, just as he did in the Massachusetts State House, he will defend the institution of marriage before the Congress, the courts, and the country. Where the current administration has shown its sympathy for the pro-abortion lobby, Mitt Romney will be a faithful defender of life in all its seasons. And he understands the special duty of people of faith to serve in this cause. As Governor Romney recently said, "From the beginning, this nation trusted in God, not man. Religious liberty is the first freedom in our Constitution. And whether the cause is justice for the persecuted, compassion for the needy and the sick, or mercy for the child waiting to be born, there is no greater force for good in the nation than Christian conscience in action." These are the words of a man we believe can be a great force for good in this nation. We are Democrats, Independents, and Republicans, but on this question we are united in faith and in action. We urge our fellow Catholics, and indeed all people of good will, to join with us in this full-hearted effort to elect Governor Mitt Romney as the next President of the United States. National Co-Chairs, Catholics for Romney
Frank Shakespeare (U.S. Ambassador to the Holy See 1986-1989) Tom Melady (U.S. Ambassador to the Holy See 1989-1993) Ray Flynn (U.S. Ambassador to the Holy See 1993-1997) Jim Nicholson (U.S. Ambassador to the Holy See 2001-2005) Francis Rooney (U.S. Ambassador to the Holy See 2005-2008) Mary Ann Glendon (U.S. Ambassador to the Holy See 2008-2009)

Approved by Dr. Cohen, D.O._______________________________ Description: Following a hard blow to abdomen (by rock, fist, bicycle handlebar, etc.), an Internal organ such as the spleen or liver may be ruptured and bleed into the abdominal cavity slowly but continuously, and the patient may lose enough blood to develop signs of shock. Physical findings: 1. History of blow to abdomen 2. Symptoms ma