Environmental Management Unit, Monash University, NTRODUCTION
DESIGN FOR THE
SOUTH WEST SLOPES
A design prepared in 1997 has been used to illustrate Commercial plantation forestry in Australia has been the concepts of analogue forestry. The property is focused on producing timber products at minimal cost located near Jindera on the southern margin of the and in the shortest time possible. This has commonly NSW South West Slopes and is managed for lifestyle, led to ‘industrial’ plantations on a large scale, using a grazing and timber production. Analogue forestry few highly productive species. Despite the widespread requires careful planning based primarily on the use of this ‘industrial’ approach and the popularity of architecture of the natural forest ecosystem and the farm forestry, other tree-based production systems outcomes of the decision model (see Figure 1).
(‘permaculture’ and ‘analogue forestry’) are being Consequently, the design that was prepared is highly developed in Australia. Analogue forestry differs from specific and cannot be used for other locations.
farm forestry and industrial forestry practices as itincludes an explicit focus on biological diversity. Inaddition, analogueforestry aims to identify Design and Management
Economic
Description of current
and Proposed Land
Uses and Monitoring
of Change
Ecological
Does it satisfy conditions of:Local needs - culture, food, medicine, Sustainable at the catchment
and farm scale
Figure 1. Analogue forestry decision model.
Adapted from Senanayake, R. and Jack, J. Analogue Forestry: An Introduction, Department of Geography and Environmental Science, Monash Publications in Geography: Number 49.
Monash University Press, Melbourne [in press].
The design site comprises about 4.5 ha and is located about 575 mm/year and light frost can occur between in the south-west corner of the property adjacent to a August and October. The initial aim of the land road reserve, that contains locally native trees and managers was to produce a sustainable farming system shrubs. Minimal salinity and erosion is evident on the that was financially viable and included locally native site, although much of the native vegetation has been cleared for farming (simplified plant and animalcommunity, low amounts of soil carbon, high soil A large number of commodities are planned for compaction and high soil acidity). The soils are grey, production in the analogue forest design (see Table 1) duplex clayey-loam and are relatively acid (pH However, without ecosystem stability, no long-term 5.0–5.5). The site has a north-western aspect of slight productivity is expected and the value of such a design grade and has reasonable drainage. Average rainfall is would be low. Thus, some species in the analogue Table 1. Species Selected
Botanical Name
Common Name
F — Fuel; Tc — Timber for construction; Tf — Timber for furniture; P — Pharmaceuticals; C — Culinary or condiment; IS — Locally native seed; SF — Stock feed; He — Herb.
E — Erosion control or prevention; N — Nutrient enhancement; S — Shelter; H — Habitat. 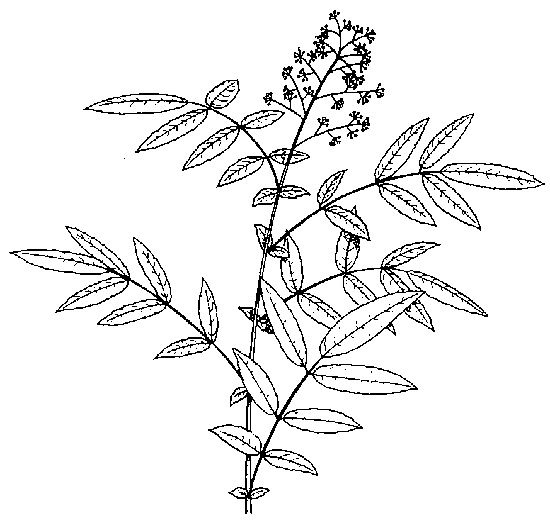 forest offer no economic benefit but are included eliminate some existing environmental weeds. In because they provide functions to support the overall addition, the potential for good returns from the herbfield early in the forests development will assistthe entire system to advance economically. The mid to The analogue forest will create functional products late sere open forest provides firewood and native fruit (greater nutrient availability, high energy capture, as its principal commodities, although pharmaceuticals stabilised environment and water control) as well as (tannin, adhesives), poles and posts, and locally native commercial products (pharmaceuticals, timber and seed are additional commodities that could be culinary fruits, nuts, spices and herbs) that help to harvested if market demand is high. The presence of a move the system towards sustainability. With time, the high proportion of Black Wattle (analogous species) natural progression of any undisturbed forest enhances soil nutrient levels (by preventing erosion community is to increase in diversity and stability, and ‘fixing’ atmospheric nitrogen) while providing until a highly complex ecosystem or climax state is valuable habitat due to several structural similarities reached. Each level of complexity that develops during (height, branch size and form, leaf form, flower form) such community succession is known as a ‘sere’. The to Silver Wattle (locally native species). Importantly, analogue forest was designed to mimic the structure of the three communities, or sere, are interactive and the locally native open forest community at three localized disturbance in the system (especially the levels of complexity (see Figure 2): late plant herbfield) during cultivation and harvesting will not community successional stage (high biological and create any serious degradation in the ecosystem. Such product diversity, and good stability); mid-late plant disturbance would promote a higher level of biological community successional stage (low biological diversity across the entire system due to the creation of diversity but high product diversity and stability); and niches not normally available in an advanced stable early plant community successional stage (low biological and product diversity, and low stability).
The diversity of products and their maturing times In this design, the late sere open forest consolidates mean that the forest sustains production with many remnant habitat on the road reserve (which provides a economic cycles, of various periods up to 50 years biolink to other habitat patches and the nearby State (Walnut and Yellow Box timber). Such economic Forest) and products (e.g. spices, medicinal herbs) that bases are very stable and with a high degree of quality bring in revenue. This vegetation community will assurance (attainment of organic certification and use undergo little disturbance during ongoing management of world best standards) can offer greater returns and of production. Subsequently, the microhabitats and marketability. In addition, the commodities have been ‘forest furniture’ created will support high numbers of selected to reflect the culture and lifestyle of the land animals, plants and microorganisms and help stabilise managers and thus the system has relevance and the entire system. Plants such as Sweet Bursaria (for butterflies and native parasitic wasps), Heath Tea-tree(for insects), Mat-rushes (for frogs) and KangarooThorn (for birds and small animals) have beenincluded to provide habitat, while other species occupya dual role (e.g. Globe Artichoke and HickoryWattle/Lightwood provide habitat and commodities).
The early sere herbfield is primarily for the productionof medicinal and culinary herbs and has littlefunctional role, although it provides the opportunity to 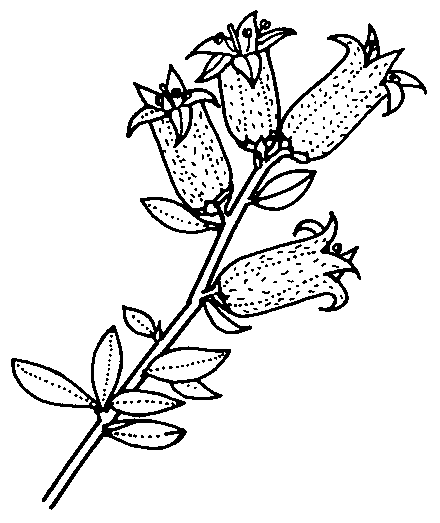 Georgia Aquarium Overview World’s Largest Aquarium Georgia Aquarium is the world’s largest aquarium with more than 10 million gallons of water and more aquatic life than any other aquarium. Situated in the heart of downtown Atlanta, Georgia Aquarium is a nonprofit organization dedicated to being a global leader in research and conservation programs that mirror the unique and amaz