Authors show what a character looks like, what he says and does, and what he thinks and feels, and what other characters think, feel, and say about him. Authors show a character’s dreams, goals, memories, Authors give a character realistic problems to solve. The character makes decisions, takes actions, overcomes problems, or fails to achieve his goals.
List of authors who create awesome characters:

Author’s Toolbox for Bringing a Character to Life
You get to know a character by what he does thoughts and by what others think about him You get to know a character by his feelings and by what others feel about You get to know a character by what the writer tells you about the way he looks Character Vocabulary
tolerance
discipline
citizenship
trustworthy
cooperative
fairness
integrity
10. education
11. reliance
12. courage
13. respect
14. punctuality
15. kindness
16. patience
17. character
18. responsibility
19. honesty
ABC Listing of Character Vocabulary
is for ability, asset, aptitude, attitude, accepting, appreciating, altruism is for caring, compassion, cooperation, citizenship, considerate, control, cheerfulness, civility, courage is for dedicated, donor, dignity, dependability, discrete, diplomatic is for fairness, friends, faithfulness, and forgiving is for helpfulness, honesty, honorable, hard work is for industrious, inventive, integrity, inspire is for listening, loyalty, love, lawfulness, legitimate is for orderly, observant, ownership, obedience is for politeness, patience, perseverance, pride, philanthropy, punctuality is for respect, responsibility, resolute, regard, reasonable, rational, reliance is for sharing, special, sympathetic, supportive, self-esteem, self-control, self-reliance is for trustworthiness, teamwork, tolerance, temperate, truth, thrift is for understanding, united, unique, unity is for values, valiant, valor, veracious, veracity is for welcoming, worthy, watchful, worker Character Development FCAT Questions
Below are examples of FCAT questions that address character analysis or character development in a story. How does the first _______ change in the story? (similarities/differences between characters) How are the two ______ DIFFERENT in the way
that they collect firewood and act toward trees?
(similarities/differences between characters)
How did _______’s actions make her a very important person? (cause/effect) Which phrase best describes the narrator’s father? Why does _______ avoid telling _______ the story behind her nickname? After their journey, how is ________, DIFFERENT from ________? (similarities/differences between characters) Why did _________ try to fly around the world? (cause/effect) 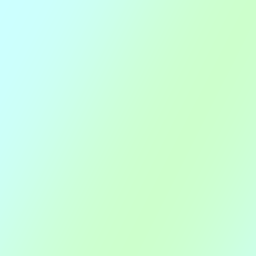 This e-newsletter presents reviews of important, recently published scientific articles selected by members of The North American Menopause Society (NAMS), the leading nonprofit scientific organization dedicated to improving women’s health and quality of life through an understanding of menopause. Each has a commentary from a recognized expert that addresses the clinical relevance of the item.