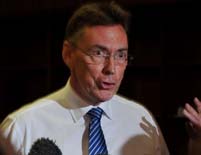 NT public sector
Jobs and services matter
Public sector jobs are essential to the Territory: for our members in those jobs and for the broader community who rely on the services they provide. What is the ALP saying?
Right around Australia, Liberal state Governments are making massive cuts to public sector jobs and services. These cuts have happened despite “We can’t build the Territory on our own and we can’t deliver the services pre election promises that jobs would be safe. Territory families need and demand on our own. We need to work together – all of us. Public sector jobs slashed by Liberal governments
We need our communities to work with us; we need our business sector and Pre election promises
Once in office
our unions on board; and, most importantly we need our dedicated public sector workforce to continue their amazing work in supporting Territorians “We will need more public
15,000 public
and improving their lives. Their work is so often taken for granted – but it servants, not less”
servant jobs to
goes to the heart of everything we stand for and everything we love about Source: Fate of our State, 24 Feb 2011 We all know about the wonderful work of our frontline public servants – our police, our teachers and nurses, our fire fighters and emergency staff – and “Absolutely no reduction in 4,200 public
public servants.”
servant jobs to
That’s because their work, and their commitment to this place, have played a big part in building one of the world’s great lifestyles. “An LNP government will
20,000 public
But standing behind these people – supporting them, listening to them, commit to no forced
servant jobs to
advocating for them is an army of unsung heroes, all of them professionals, redundancies”
and all of them very good at what they do. They go about their work without including
fanfare, but with a commitment and passion that makes them some of the Source: LNP Policy document, 2011 very best public sector employees in the country.” redundancies
Chief Minister Paul Henderson on the public service: “If your base salary is
ALP launch Monday, 13 August 2012 $110,000 or less I promise
NT public
you, your job is safe.”
service jobs
Source: Letter to public servants August Printed and Authorised by CPSU NT Regional Director Kay Densley  38 Woods Street, Darwin. 15 August 2012 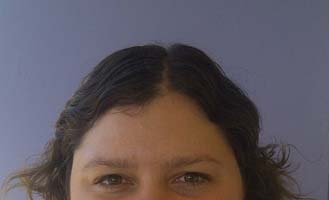 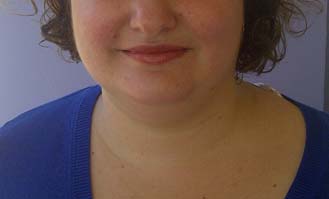 The real Queensland story
The public sector under a Liberal government

Dear Northern Territory Public Servants
My name is Yasmin and up until two months ago I was a public
servant in Queensland. Before the Queensland election, Campbell
Newman and his Liberal National Party repeatedly assured
public servants that their jobs were safe – and now like
thousands of my former colleagues, I am unemployed.
For four years I had worked in project and policy officer roles
across Community, Disability and Housing Services. I was
passionate about my job and worked hard to improve
outcomes for my community. I was proud to be a public servant
and enjoyed seeing the positive impact of my work
on Queenslanders and their families.
In the lead up to the Queensland election, Campbell Newman and his Liberal National Party
promised public servants that we had nothing to fear – that there would be no forced
redundancies and that front-line staff would be protected. Unfortunately this was not the case.
Since the conservatives came to power in Queensland more than 7,700 public servants have
lost their jobs with thousands more under threat. And they have now redefined who is ‘front-line’.
The first to go were the temporary staff – regardless of their work performance or years of
service. Then those acting on higher duties were demoted to their substantive positions
resulting in significant wage losses and reduced entitlements. Now it’s permanent employees
who are under threat – forced to reapply for their own positions with no right of appeal.
But this is not just about those public servants like me who have lost their jobs. It is about those
left behind - public servants who face the constant threat of retrenchment, increasing
workloads and a stressful work environment filled with uncertainty, confusion and fear. It’s
also about the essential services the public sector provides and services that the community
relies on, like BreastScreen Qld. and the Working Women’s Centre that being cut under the
Liberal government.
I, and my fellow public servants in Queensland, were deceived by the Liberal National Party
who told us ‘public servants have nothing to fear’. We feel disrespected, demoralized and
generally done over.
You can’t trust that your job will be safe under a conservative government. I should know. It’s
too late for Queensland, but it’s not too late for the Northern Territory.
I urge you not to make the same mistake.
Sincerely
Yasmin
Yasmin Barber Former QLD Public Servant!!

2013 MEDICAL PLAN COMPARISON FOR MEDICARE ELIGIBLE RETIREES This summary contains only a partial, general description of the medical plan benefits and does not constitute a contract. Consult your Medical Summary Plan Description and/or the Certificate of Coverage to determine governing contractual provisions, including procedures, exclusions, pre-certification requirements and limitations rel