Combined use of ect with aripiprazole 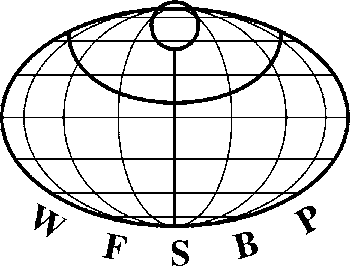 The World Journal of Biological Psychiatry, 2009; 10(4): 942Á943 PILAR LOPEZ-GARCIA1, CARLOS CHICLANA1 & RAFAEL GONZALEZ2 1Department of Psychiatry, and 2Department of Neurology, University Hospital, Pamplona, Spain AbstractThis case report is on the combined use of electroconvulsive treatment (ECT) with a partial dopamine agonist, aripiprazole,in the treatment of a 30-year-old man with chronic and refractory paranoid schizophrenia. The patient had been under highdoses of typical and atypical antipsychotics with a lack of control of the symptoms, characterized by agitation,suspiciousness, and obsessive fears. ECT therapy was started while receiving antipsychotic treatment and aripiprazolewas added to the pharmacological treatment after six sessions of ECT. The convulsive threshold and the seizure durationdid not significantly change after the treatment with aripiprazole was initiated. There was a clinical improvement after thecombined treatment with ECT and aripiprazole and the combination was well tolerated.
Key words: Aripiprazole, ECT, schizophrenia hospitalization in our unit he had a descompensationwith delusions of persecution, obsessional fears and In acute and treatment-resistant phases of schizo- agitation. He was treated in a day hospital regime phrenia it may be necessary to combine ECT and but had to be hospitalized four times in the last year.
antipsychotic medications. Although this combina- At the moment of admission to our psychiatric tion has been found to be safe and efficacious for unit, he was receiving treatment with haloperidol (up several antipsychotics (American Psychiatric Asso- to 40 mg/day), levomepromacine (up to 100 mg/ ciation 2001), it remains to be demonstrated for day), clonazepam (up to 6 mg/day) and clotiapine newer agents. Aripiprazole is a partial dopamine (up to 40 mg/day). Because of the lack of control of agonist (Lieberman 2004), clinically approved for the symptoms with high doses of different antipsy- schizophrenia. Little is known about the effects of chotics, 12 sessions of ECT were administered. ECT aripiprazole on the convulsive threshold and its use was provided bilaterally with the Thymatron DGX stimulator three times weekly. The anesthesia con- We report the combined use of ECT and aripipra- sisted of propofol 100 mg, succinylcholine 45 mg zole in a patient with drug-resistant schizophrenia.
and atropine 0.5 mg. Blood pressure, pulse rate and World J Biol Psychiatry Downloaded from informahealthcare.com by Universidad De Navarra oxygen saturation were monitored without signifi- cant incidences. Informed consent was obtainedbefore ECT treatment.
A 30-year-old man with diagnosis of paranoid For the first six sessions the antipsychotic treat- schizophrenia (DSM-IV: 295.30) was admitted to ment with haloperidol and clotiapine was main- our inpatient unit for agitation, suspiciousness, tained. From the seventh session on, clotiapine was impulsions of harm and hypochondriac fears.
stopped and aripiprazole was added to the treatment He was first diagnosed with schizophrenia at the starting at an initial dose of 10 mg/day and reaching age of 20 and has had eight admissions for severe exacerbations. At the age of 22 he received 11 The average energy dial (DGX) was 26.66% prior sessions of ECT with clinical response that was to aripiprazole and 22.5% for the following six maintained for 6 years when he was also receiving sessions. Seizure duration was recorded with EEG clozapine and haloperidol. A year prior to the and visually. The seizure duration average according Correspondence: Pilar Lopez-Garcia, MD, PhD, Department of Psychiatry, Clinica Universitaria, Av Pio XII 36, 31008 Pamplona, Spain.
Tel: '34 948 255400. Fax: '34 948 296500. E-mail: [email protected] (Received 16 April 2007; accepted 19 June 2007) ISSN 1562-2975 print/ISSN 1814-1412 online # 2009 Informa UK Ltd. (Informa Healthcare, Taylor & Francis AS)DOI: 10.3109/15622970701530925

to the EEG recordings was 33.5 s before treatment mechanism on D2 and 5HT1A receptors (Burris with aripiprazole and 31.5 s after the onset of aripi- et al. 2002). No reports have been published on the prazole. There was a significant clinical improve- effect of aripiprazole on convulsive threshold and ment assessed with the PANSS scale after the ECT seizure induction. Further studies are needed to treatment (6 points difference in PANSS positive; 10 assess the safety of aripiprazole and newer antipsy- points difference in PANSS negative and 23 points of difference in PANSS general psychopathology).
To our knowledge this is the first reported case thathas evaluated the effects of combined treatment with aripiprazole and ECT. In this case, aripiprazole doesnot interfere on the convulsive threshold, and is well The authors have no conflict of interest with any tolerated and clinically effective when ECT is con- commercial or other associations in connection with ECTÁantipsychotic combinations might be the choice treatment option when patients are refractory to pharmacological treatment. Recent meta-analyses American Psychiatric Association. 2001. The practice of electro- have shown the benefit of the combination of ECT convulsive therapy. Recommendations for treatment, training, and antipsychotics in the acceleration of treatment and privileging. Washington, DC: American Psychiatric Asso- response in the first few weeks of treatment of schizophrenia (Painuly and Chakrabarti 2006).
Braga JB, Petrides G. 2005. The combined use of electroconvul- sive therapy and antipsychotics in patients with schizophrenia.
There is limited data on the effects of the combination of antipsychotics and ECT. Among Burris KD, Molski TF, Xu C, et al. 2002. Aripiprazole, a novel atypical agents there have been reports on the safety antipsychotic, is a high-affinity partial agonist at human of the combination of ECT and risperidone, olanza- dopamine D2 receptors. J Pharmacol Exp Ther 302:381Á389.
pine and clozapine (Braga and Petrides 2005).
Lieberman JA. 2004. Dopamine partial agonists: a new class of Aripiprazole has recently been released as an anti- Painuly N, Chakrabarti S. 2006. Combined use of electroconvul- psychotic with a different action mechanism. Instead sive therapy and antipsychotics in schizophrenia: the Indian of blocking DA receptors, it exerts a partial agonist evidence. A review and a meta-analysis. J ECT 22:59Á66.
World J Biol Psychiatry Downloaded from informahealthcare.com by Universidad De Navarra

Medicines in my Home: Caffeine and Your Body Caffeine occurs naturally in more than 60 plants including coffee beans, tea leaves, kola nuts used to flavor soft drink colas, and cacao pods used to make chocolate products. Man-made caffeine is sometimes added to foods, drinks, and medicines. Ninety percent of people in the world use caffeine in one form or another. In the U.S., 80 percent of