The source of vomiting in the emerald tree boa (corallus caninus) 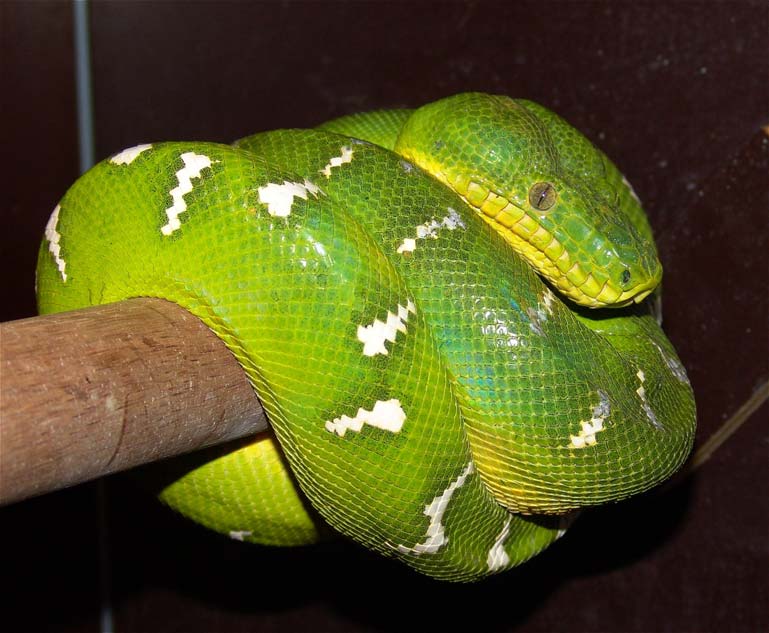 GRAHAM P. OXTOBY
[Abstract]
Corallus caninus – the emerald tree boa of South America – is renowned for the many difficulties it may
present whilst kept in captivity. The problems which may occur vary from stress-related symptoms and the
refusal to feed and endoparasitic diseases (worm infestations and infections caused by flagellate colonies in
the intestines), to the vomiting of prey, also known as ‘regurgitation’.
Corallus caninus – the emerald tree boad of S. America (Photo by author).
Swan & Weidner [2002] describe this chronic condition as the Emerald Vomiting Syndrome or EVS. This
vomiting or regurgitation of prey has often been attributed to stress-related factors or imbalances between
humidity and temperatures in the captive environment. As rightly pointed out in a publication by Swan &
Weidner [2002], the term 'regurgitation' is perhaps not an appropriate way to describe these symptoms since
regurgitation is usually referred to as a condition in which animals store food in a crop or in their esophagus
for later retrieval in order to feed their offspring. This is seen, for example, in numerous species of bird.
Vomiting, on the other hand, is a term generally used to describe the abrupt involuntary evacuation of the
contents of the stomache after the break-down process of food mass in the stomache has begun, as is
typically the case in specimens of Corallus caninus exhibiting symptoms the Emerald Vomiting Syndrome
[EVS]. 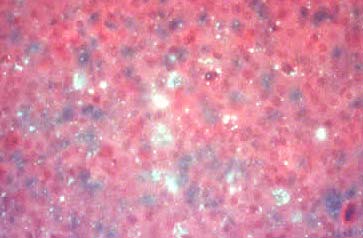 (c) Graham P. Oxtoby 2007/2008 Journal of the British Herpetological Society 2008
Further studies under clinically defined laboratory Many claim that this syndrome – EVS - is generally conditions with the use of sampled specimens will be caused by stress or in part by the imbalance of required in order to assert these assumptions; these humidity and temperature in the captive environment were conditions which could not be provided by Swan of Corallus caninus. However, recent studies, amongst & Weidner [2002] at the time their own studies were others by Swan & Weidner [2002], suggest that the undertaken. Even so, their claims may have great symptoms are only manifest in captive specimens of significance and therefore warrant further scientific the emerald tree boa that orginate from exporting investigation by specialists in this field. locations where birds (in particular parrots) are kept for later exportation and introduction into the international pet trade. Swan & Weidner mention this Psittacosis is a common and potentially serious disease in their paper [2002] in which they also describe occurring in avians, mammals and humans. The disease is not fully understood and there is still a lot to be learned about the condition. The causal organism, After conducting studies in captive caught specimens Chlamydia psittaci, has recently been renamed of Corallus caninus, Swan and Weidner [2002] suspect Chlamydophia psittaci and is found in a wide variety of that the organism known as Chlamydophia psittaci is (tropical) birds, but may also occur in mammals, the cause of this condition. The authors also state that including humans causing serious illness. their findings are by no means based on true ‘scientific’ This species of organism is now sub-divided into many subspecies, each affecting a different animal. For example, the type which will affect cats produces an The same applies to this current paper. It is merely a eye-infection called conjunctivitis or blepharitis collection and summary of data and information (inflammation/infection of the eyelids). In sheep, the widely available in literature on this subject, but, at the disease is said to result in premature abortion and in same time, poses the important question regarding humans, it has been established that this disease will whether EVS is, in fact, a manifest form of Psittacosis most probbaly cause atypical pneumonia. The organism producing a genital/venereal disease in humans has now been classified as a separate genus: in Corallus caninus, the emerald tree boa of S. America, or that regurgitation (EVS) can be attributed to a much wider spectrum of disorders (both phyisical The generic term for the disease produced by and environmental) in Corallus caninus. Chlamydophia psittaci affecting all species – both avian and mammalian - is chlamydiosis. When this disease is The studies conducted by Swan & Weidner revealed exhibited in avians, it is called ornithosis. When that, whilst a certain percentage of specimens collected exhibited specifically in psittacine birds, it is for the pet trade exhibited symptoms of Psittacosis designated as psittacosis, a designation also used to (also known as the Parrot Disease), others did not. describe the disease occurring in mammals, including They attribute this to the fact that some wild-caught specimens of Corallus caninsus are housed in close proximity to numerous species of tropical bird, for example parrots, before being exported and introduced into the international pet trade. In their article, reference is made to a trapper who kept specimens of Corallus caninus segregated from avians whilst awaiting exportation and that it was found that the disease did not occur in those specimens. Specimens of Corallus caninus which were not housed in close proximity to birds whilst awaiting exportation, were not affected by this disease and did not exhibit Fluorescent antibodies associated with infection by
the characteristic symptoms of Psittacosis or EVS. Chlamydia psittaci, 40X. Courtesy of Dr. Jean
The disease was observed only in specimens that had Sander & Merck Veterinary Manual
been kept in close proximity to avians after capture. Other species susceptible to this disease include red- The organism itself is unusual in that it possesses tailed boa constrictors and anacondas collected for the certain characteristics of both bacteria and viruses. It is relatively large and also highly sensitive to antibiotics. It resembles viruses in that it can only develop and 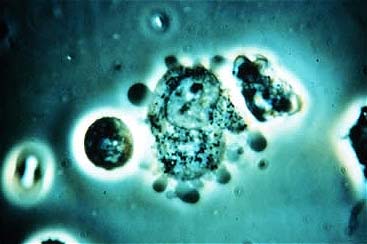