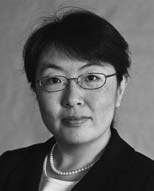 SUFFICIENCY TEST FOR SELECTIONPATENTS TIGHTENED In the recent decision of Eli Lilly v. Novopharm, 2007 FC 596, a Federal “THE PATENTEE CANNOT MERELY STATECourt judge in Canada revisited the issue of sufficiency for disclosure for “selection patents”. The court dismissed Eli Lilly’s application against the generic company Novopharm for a prohibition order under the Patented Medicines (Notice of Compliance or NOC) Regulations relating to olanzapine, the pharmaceutically active ingredient of Eli Lilly’s drug ZYPREXA. The decision related to Lilly’s application seeking to prohibit the Minister of Health in Canada from issuing a Notice of Compliance to Novopharm, in respect of various tablets for the oral administration of drugs containing olanzapine, until the expiry of Eli Lilly’s Canadian patent no. 2,041,113 (the itself sufficient; the advantage must be plainly and fully set out in sufficient 113 patent). At the centre of the litigation was the issue of validity relating to detail so as to enable a person skilled in the art to know and appreciate Generally speaking, a selection patent is a selection from members of a In view of the above, the court framed the issue relating to sufficiency of previously known class of substances. A selection patent may be patentable disclosure as whether the advantages of the selected compound were if the substance selected is unobvious and affords a new and useful result. sufficiently stated in the 113 patent specification. In this case, the 113 patent was considered a selection patent, as a group Justice Hughes concluded that the specification must set out, with clarity, the of compounds containing olanzapine had been previously disclosed. With advantage claimed by the selection. The patentee cannot merely state that the respect to its allegation that the 113 patent is invalid, Novopharm raised the selected compound or group has advantages; these must be identified. Justice Hughes noted that there was no comparative data to support the statement of invention, which said that olanzapine has “surprising and unexpected The disclosure of the 113 patent stated: “We have now discovered a compound properties by comparison with flumezapine and other related compounds”.
which possesses surprising and unexpected properties by comparison with flumazepine and other related compounds.” The court found that the only comparative data given was an incomplete description of a dog study. The comparison was not to flumezapine but to ethyl Novopharm argued that the insertion in the descriptive portion of the 113 olanzapine, which, presumably, is one of the “other related compounds”. patent of certain pieces of information, but not others, meant that Lilly had failed to meet the provision of section 27(3) (b) of the Canadian Patent Act, Novopharm argued that there was much more data that Lilly had recorded which requires that the patent specification must clearly set out the invention that ought to have been presented, and that, in looking at all the data, a in such full, clear, concise and exact terms so as to enable a person skilled in person skilled in the art may have come to different conclusions as to the the art to make, construct, compound or use the invention.
effectiveness of olanzapine, not only in respect of cholesterol but other things as well.
In considering the law as to sufficiency in regard to selection patents, the court concluded: In the end, the court concluded that Lilly has not provided "clear and explicit disclosure to what the invention is, if any, in the properties of olanzapine “1. A valid selection patent may be obtained where the invention lies in alone that merit a further monopoly in a separate further patent.” selecting a member or members from a previously disclosed group where the member or members selected possess a particular advantage This case appears to suggest that the court has ‘tightened’ the sufficiency not previously to be found or predicted in a large number of members of test for selection patents in Canada, in particular, with the requirement for the class by a person skilled in the art.
“comparative data” in a selection patent.
2. The advantage may also be a disadvantage to be avoided.
3. The advantage must be clearly set out in the specification. A statement that Katie Wang is an attorney at law and a registered Canadian patent agent at the selected group possesses advantages or lack of disadvantages is not in Shapiro Cohen. She can be contacted at: [email protected]
World Intellectual Property Review November/December 2008 www.worldipreview.com

HYPERTENSION MANAGEMENT When using any protocol, always fol ow the Guidelines of Proper Use (page Definitions ● In adults ≥ 18 years of age, hypertension classifications are the following with 2 or more averaged seated BP measurements over 2 or more office visits (initial BP may be elevated due to anxiety) • Some controversy exists if this label should be given to patients with