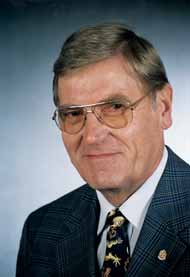 Powerless to Tackle Piracy?
The naval forces face a thankless task. Their al community needs to involve the littoral coun- course of action is rather limited by three self- tries in the fight against piracy. A “Cooperative imposed restrictions. The safe havens of the pi- Mechanism at the Horn of Africa” needs to be rates are not to be attacked despite the fact that established copying the successful “Coopera- the UN Security Council Resolutions 1816, tive Mechanism” in South-East Asia.
1846 and 1851 would legally support such mil- When searching for solutions it pays to con- itary moves. The life and well being of the de- sider how piracy was successfully stamped out tained crews of the hijacked ships shall not be in the Straits of Malacca and Singapore. Mid endangered to avoid unnecessary bloodshed.
2005 the Joint War Committee of Lloyd’s in- Merchant ships shall not be attacked to avoid surance in London declared the Straits of environmental disasters and legal claims for re- Malacca a “High War Risk (HWR)” area. Pira- constitution by their owners. Thus the naval cy and armed robbery were thriving to such a forces can only act defensively and their supe- degree that not only the international shipping Sigurd Hess, rear Admiral, GE N ret.
rior firepower is useless against pirates who are but also the stability and economic prosperity hiding their speedboats and mother ships in the of the littoral states of Malaysia, Indonesia and accumulations of peaceful African fishing ves- Singapore were severely threatened. With in- sels in the vast water spaces of an ocean area ternational assistance – especially the UN In- So far only India, France, the US and Ger- USA, Japan, China and Australia were support- iracy and armed robbery flourish in three many attempted to recapture a hijacked ship.
ive – the littoral states founded the “Coopera- areas of the world. According to the Pira- An Indian frigate opened fire on a so-called tive Mechanism”. Actions to combat piracy, cy Reporting Center of the International Mar- mother ship and sank it, only to find out that it armed robbery, illicit trafficking of weapons, itime Bureau (PRC – IMB) these criminal acts was a hijacked fishing vessel and all of their drugs and human beings were not only dis- soared in 2008 and especially in the first quar- crew lost their lives. France rescued the hi- cussed, but also decided and executed. With the ter of 2009 in the Gulf of Aden and along the jacked sailing ships “Le Ponant”, “Carré d’As” Information Sharing Center (ISC) in Singapore, Somalia coast. Next follows piracy in the In- and “Tanit”. Ransom was paid for the yacht “Le the operations MALSINDO (sea surveillance Ponant”, but later on French Special Forces and anti-piracy operations with coast guard, African coast in the Gulf of Guinea. The indi- captured some pirates and a portion of the ran- naval and police ships) and “Eyes in the Sky” vidual reasons for piracy might differ in those som money. The recapture of the yachts “Car- (sea surveillance with aircraft) a “Regional Co- regions. A common cause is obvious, piracy ré d’As” and “Tanit” was successful however flourishes in those areas of the world where civ- the skipper of the “Tanit” was accidentally shot bery and Piracy (ReCAAP)” was created. These il order and the “rule of law” do not exist.
by his liberators. The US liberated the captain military, law enforcement, legal and diplomat- Are we then powerless to tackle piracy? To of the “Maersk Alabama” and shot the pirates ic actions were so successful that Lloyd’s in- re-establish a peaceful, commercial “liberal who guarded him. Germany attempted to re- surance terminated the HWR-declaration for world order” in that corner between East Africa capture the “Hansa Stavanger” but cancelled the Straits of Malacca. The statistics of the and the Arabian Peninsula a diverse and seem- the rescue operation to avoid bloody failure. All PRC-IMB for the first quarter of 2009 show ingly strange coalition of naval forces has been of these rescue operations indicate how diffi- zero hijacking of merchant vessels in the Straits created. From 2002 the US-initiated anti-ter- cult it is to liberate hijacked crews without en- rorist operation “Enduring Freedom” ploughs the Western Indian Ocean and has shifted some Unnoticed by the media the naval war of at- Western Indian Ocean might pose more intense of its efforts from terrorist to pirate chase. Since trition against the asymmetric threat of piracy and more difficult piracy problems. The failed December 2008 the EU-led operation “Atalan- and armed robbery shows some success. The state Somalia is drowning in turmoil and the ta” operates frigates, maritime patrol aircraft cruelties of civil war. It would be paramount and support ships in the area on the basis of a Netherlands are filled with captured pirates for Yemen to avoid such a fate. The coopera- robust UN and EU mandate. The frigates escort waiting for their trials. Whether piracy in the tive states of Yemen, Djibouti, Kenya, Tanza- the merchant vessels of the World Food Pro- Gulf of Aden and in the Western Indian Ocean nia, the Seychelles and the countries of the gram to East African ports and other commer- will eventually be stamped out will depend on Gulf Coordination Council should work to- two developments. The naval operations have gether for improved sea security. The interna- established in the Gulf of Aden and arrest pi- to continue with patience, perseverance and tional community and the littoral countries are rates and confiscate their equipment. In addi- hopefully intensified maritime air surveillance not powerless to tackle piracy. With continued tion the US-led Task Force 151 and frigates and some better coordination between the force robust naval operations and a “Cooperative from Russia, India, Malaysia, Japan, China and commands of EU “Atalanta”, NATO “Allied Mechanism at the Horn of Africa” the asym- Iran under national command are operating in Protector”, US Task Forces 150 and 151 and metric threat of criminal acts at sea can be the national naval contingents. The internation-